Sport, Belonging and the Paralympics Games 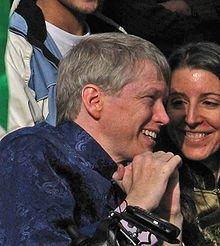 Sport is a profoundly social activity. It teaches many lessons about relationships. It reinforces the importance of commonly accepted rules of behavior. It assumes that everyone needs to contribute to the broader goal of the group and that there are many roles in which contributions can be made. It also leads to the understanding that practice and study improves your chance for success. Sport can be a powerful tool to reinforce social truths but also to model new social ideas. The socialization benefits of sport can be extended to more people by adjusting the categories of those participating. The segregation of competitions in the Olympic Games by male and female is one example of this. The Paralympic Games are another example.

After spending seven years recovering from a traumatic and disabling accident I reached a turning point in my life through sport. Murder Ball was the name of a sport for quadriplegics. Because my disability was more severe than that of the other players I had to recognize that I was not an asset to the team. But I became immersed in the competitive spirit which I found extremely healthy and which spilled into other areas of my life. Eventually I found a role which made me valuable. I would get my foot pedals in the spokes of one of their better players thereby keeping them away from the action. By tipping the scales my team started to win. Eventually I found another role where I could contribute -- fundraising and organization. This early discovery would lead my life in interesting directions.

I have a particular interest in individual sports. I have helped organize sailing for people with disabilities and helped invent a device to go hiking in rugged terrain. The Trailrider can only be operated with the help of two or more able-bodied people. It has been used to climb to the top of Mount Kilimanjaro and the base camp of Mount Everest and has fostered many lasting relationships. I was actually surprised by how letting others feel a sense of responsibility for my well-being could be a very bonding experience.

Sport for people with disabilities has been responsible for changing attitudes of the general public. People can relate to athletic achievement and the cultivation of sport heroes has helped make the general public feel a human connection and identification with people with disabilities. This attitude is a vital precondition to social change at the level of government policy. The Paralympic Games change every country that hosts them. I remember Italian mayors telling me how their Paralympic Games had opened a window for new policies of access and inclusion. The Games had reached a critical mass to gain the attention of the general public. Their connection with the Olympics has been very helpful in achieving this.

The Paralympic Games have already changed Vancouver and British Columbia. Many decisions have been made to improve access and inclusion, overcoming political hurdles because of the knowledge that the world would be arriving and scrutinizing our achievements. The Measuring Up Program has encouraged communities to reevaluate themselves and recognize shortcomings and opportunities.

The role I played in the 2006 Olympics required me to accept the flag on behalf of the city, the province and the country. I resolved to make this symbolic ritual memorable and equal to the quality of any able-bodied mayor. I remain amazed by how this one gesture moved people around the world. People with disabilities living in appalling physical and social conditions in other countries were inspired to work for improvements where they lived. Recently a woman visiting from the former Yugoslavia shouted to me on the street asking me to slow down. She ran up to me and told me that the image of the flag ceremony had inspired a commitment to public accessibility which had resulted in real change where she lived.

Sport and disability and belonging are intimately connected. The more we recognize this the greater the chance that we will get the most out of the opportunity. The responsibility is ours.

Keep informed on new postings by subscribing to our free monthly newsletter.

Loneliness affects one in ten people in France

ONE in ten people in France lives in solitude and a quarter have only the most basic links to family or friends, a new report has revealed. The issue of solitude came up in 2003 after the...

Between June 2008 and May 2009, of the 4,690 homeowners who were able to negotiate with their banks through this program, 2,776 succeeded in holding on to their homes.

The editor of L'Encyclopédie de L'Agora and well known newspaper chronicler and philosopher, analyses actuality through the looking glass of Belonging.
Latest posts
Justice for innocent priests and religious men and women!
To Live or To Function?
An Alternative to Performance Sports: Sustainable Sport

Gazing and Belonging
The sacred Headwaters of Belonging
Haiti or the risk of not belonging
Sport, Belonging and the Paralympics Games
Ingrid Betancourt: the Tide that Rises
Le sport comme lieu d'appartenance
Does Sport Belong?
Resilience, Vulnerability and Social Innovation
Social Innovation, and the Challenge of Diversity
Social resilience: 5 types of action

Justice for innocent priests and religious men and women!
To Live or To Function?
An Alternative to Performance Sports: Sustainable Sport
Nurturing Resilience and Belonging in Haiti
Does Sport Belong?
Haiti’s Resilience
Sports, Perfection, and Belonging
Sport, Belonging and the Paralympic Games
Live from Haiti: Alive... and Surviving
Haiti: The Voiceless are Invisible!

Loneliness affects one in ten people in France
Preventing Home Foreclosures - a Promising Innovation in Philadelphia
Canada Ratifies UN Convention on the Rights of Persons with Disabilities
Mass amputations in Haïti
Charter for Compassion
4,1 billions cell phone subscribers in the world at the end of 2008
An interview with Ian Brown, author of 'Boy in the Moon'
Project for Public Spaces (PPS)
Slow Fish Movement
Refugees: 11,4 millions in 2007, 9,9 millions in 2006

Water is the ultimate commons
Computer-aided Olympics
The Lonely World of Modern Architecture
Spring by Maraget Atwood
The Lonely American
Reading Fiction Connects Us to Others
Loneliness in Canada
Where trees are planted, communities grow
A Journey Toward Peace
Happiness… Only Steps Away
Center for Ecoliteracy
L'Arche Canada
Tyze
PLAN'S Website
The Panarchy Loop
Philia
Homelessness
A sense of belonging to Scotland